Where We Normally would Meet:

We meet nine times a year from September to May

We offer a Members only December Holiday Party and May Picnic

All meetings will begin at 7:00pm Arizona time unless otherwise indicated.

Not a paid member? We welcome all visitors.  If you enjoy the program we ask that you show your  appreciation by contributing monetarily or by becoming a member. 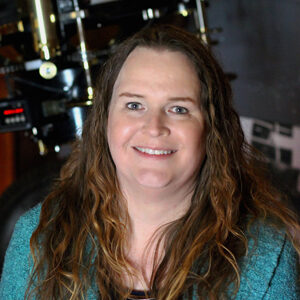 Speaker Bio: Dr. Adams is responsible for leading the strategic marketing and branding efforts of Lowell Observatory. At Lowell Observatory, she continues to be active in astronomy education, speaking to various groups about Arabic cultural astronomy and the heritage of the many Arabic star names astronomers use today. She is also an associate member of the International Astronomical Union’s Working Group on star names. Where she lends her expertise on Arabian and Islamic astronomical traditions.well Observatory.

Speaker Bio: Kevin Schindler is the historian and Public Information Officer at Lowell Observatory in Flagstaff, Arizona, where he has worked for 27 years. He shares Lowell’s long history of research and exploration through writing and public presentations. He writes articles for a variety of publications and contributes a bi-weekly astronomy column, “View from Mars Hill”, for the Arizona Daily Sun newspaper. He has also written seven books.Fun fact: Schindler has both a fossil crab and asteroid named after him.

Talk summary: Robert Burnham, Jr. compiled one of the most popular astronomy books ever—the three-volume observing bible, Burnham’s Celestial Handbook—while working at Lowell Observatory in the mid-20th century. Yet Burnham’s life was enigmatic. In this program, Kevin Schindler will take a look at this complicated man who brought the wonders of space to people around the world. Schindler will also give an update on current happenings at Lowell Observatory.

Speaker: Dr. Steve Desch professor of astrophysics in the School of Earth and Space Exploration at ASU (in person) 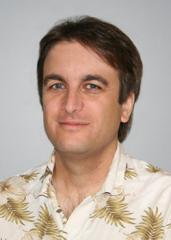 Speaker Bio:Steve Desch is a professor of astrophysics in the School of Earth and Space Exploration at ASU. His research focuses on developing models of star and planet formation, using data from meteoritics and planetary science. He especially studies the origins of chondrules and meteorites. He also works in the fields of exoplanets and astrobiology and is Principal Investigator (PI) of the NASA-funded NExSS grant to study geochemical cycles on exoplanets to aid searches for signs of life on other planets. He has modeled small icy bodies to explore the likelihood of subsurface water on Pluto and its moon, Charon, the asteroid Ceres, and others. He has recently advocated the concept of Arctic Ice Management, to study how to increase sea ice in the Arctic in response to climate change. Asteroid 9926 Desch is named after him.

Talk summary:The first confirmed object from another star to visit our solar system, this interstellar interloper appears to be a rocky, cigar-shaped object with a somewhat reddish hue. The object, named ‘Oumuamua by its discoverers, is up to one-quarter mile (400 meters) long and highly-elongated—perhaps 10 times as long as it is wide. That aspect ratio is greater than that of any asteroid or comet observed in our solar system to date. While its elongated shape is quite surprising, and unlike objects seen in our solar system, it may provide new clues into how other solar systems formed.

The observations suggest this unusual object had been wandering through the Milky Way, unattached to any star system, for hundreds of millions of years before its chance encounter with our star system.

“For decades we’ve theorized that such interstellar objects are out there, and now―for the first time―we have direct evidence they exist,” said Thomas Zurbuchen, associate administrator for NASA’s Science Mission Directorate in Washington, in November 2017. 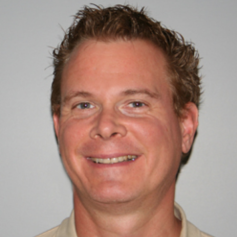 Speaker Bio:Dr. David A. Williams is a Research Professor in the School of Earth and Space Exploration at Arizona State University, Tempe, Arizona. Dr. Williams is the Director of the Ronald Greeley Center for Planetary Studies, the NASA Regional Planetary Image Facility at ASU. He is also the Director of the NASA Planetary Aeolian Laboratory at the Ames Research Center in California. David is currently performing research in volcanology and planetary geology, with a focus on planetary mapping, geochemical, and remote sensing studies. Currently David is funded and devotes most of his time in the role of Co-Investigator and Deputy Imager Lead for the NASA Psyche mission.

Talk summary: The Psyche mission is a journey to a unique metal-rich asteroid orbiting the sun between Mars and Jupiter. What makes the asteroid Psyche unique is that it appears to be the exposed nickel-iron core of an early planet, one of the building blocks of our solar system. Psyche offers a unique window into the violent history of collisions and accretion that created terrestrial planets. The mission is led by Arizona State University. NASA’s Jet Propulsion Laboratory is responsible for mission management, operations and navigation.

It should be noted that due to software development and testing issues the mission missed its 2022 launch date and is being scheduled for sometime in 2023.

Speaker Bio: Mark has been fascinated by the night sky ever since he ‘discovered’ Saturn in his 60mm Tasco refractor at age 11. 12 telescopes later, he is a NASA Solar System Ambassador, an award-winning astrophotographer and astronomy speaker. He is also a certified cruise ship lecturer on astronomy and space science topics and has earned a Master of Outreach from the Astronomical League as well as Volunteer of the Year from the mayor of Scottsdale for his public astronomy events there. He is an early pioneer with Night Vision and EAA outreach technologies and now specializes in providing live color imaging of galaxies and nebulae during his star party events.

Talk summary: Mark will speak on his experiences as a NASA Solar System Ambassador and Astronomy speaker and outreach presenter. He will also discuss his experience with Electronically Assisted Astronomy (EAA) and Night Vision enhanced astronomy.

Speaker: John Hiatt (Club Secretary/Outreach Coordinator)  will be giving a presentation on the Library Telescope Program.

Typical meeting agendas are as follows:

Or you can view details of our previous meetings.